SV Beer Week will be in full swing starting July 21, with tap takeovers happening all over the Peninsula. It’s an exciting time for Silicon Valley craft brewers: Our nano-breweries are growing in reputation, mainstays like Freewheel Brewing are expanding their repertoire and the whole brewing community is exchanging ideas, recipes and marketing know-how.

The brewers we talked to about Beer Week were most excited for the (sold out, sorry) San Mateo County Brew Fest; to make up for not telling you to get tickets earlier, we scoured the ample list of events and bring you our picks for the coming week’s foamy, frothy goodness.

Start off your day right with Taplands’ second Beer Week kick off breakfast, which will serve their ever-popular doughnut sandwich, other hearty breakfast foods, and coffee beers in a variety of styles. And in case you missed it, we wrote an article about the Santa Clara-based brewery back in February.

Apparently San Jose has a colorful past when it comes to knocking one back. This 90-minute interactive tour will lead you on a historical stroll around former brewery locations, and you’ll get to learn about the area’s famous brews and infamous drinkers.

Sign up by Friday afternoon, July 21. The meeting point will be emailed to everyone who registers.

Sour Is The New Bitter

Pucker up! Bitter, hoppy brews used to reign supreme, but these days sour beers are taking the brewing world by storm, and brewer Gregory Filippi of Hermitage Brewing Co. is about to explain why. Imbibe his wisdom, then taste such tart concoctions as Cherry Almond, Blood Orange and Wild Blackberry and bow before the mighty power of sour. Tickets are $15.

Redwood-City-based Freewheel Brewing Company will be hosting a mini cask ale festival named for the quarter-size barrel used in cask conditioning, with six local breweries taking over the taps. Brewers and brewery reps will be on hand to talk beer and crush some naturally carbonated cask ale goodness! 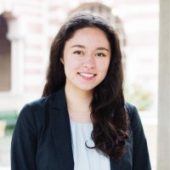 10 ways to celebrate the Lunar New Year around the Peninsula

From pandemic pods to Pints of Joy: How two Sunnyvale mompreneurs are bringing innovative Indian dessert-inspired ice cream to the Peninsula