Check out photos and video of the spirited Hogwarts-oriented competition on the SF Peninsula.

The Bay Area Breakers and the Silicon Valley Vipers are two community adult teams that practice the magical sport at Shoreline Athletics Fields and nearby recreational spaces. Last week, both clubs competed in the 12th US Quidditch Cup in Round Rock, Texas.

The game combines elements of dodgeball, rugby, hockey and basketball, but without the flying brooms dreamed up by author J.K. Rowling. Seven players on each team try to score by throwing the quaffle, a deflated volleyball, into one of three hoops. The game ends when the Golden Snitch, a ball attached to a third-party player running around the pitch, is caught by one of the teams. Players must also avoid three bludgers, deflated dodgeballs, that competitors throw their way.

“The biggest surprise I came across is it being a full-contact sport,” said Cullen Casey, a player on the Vipers. A player can be tackled to the ground when holding one of the four game balls, a move made difficult by the mandatory “broom” between their legs.

US Quidditch, the sport’s governing body, requires players use 32- to 42-inch long wooden or plastic poles rather than brooms that it once allowed.

“It’s been amazing to see the sport evolve,” said Sam Fischgrund, a co-founder of the Silicon Valley Vipers, who started playing the sport at Princeton University in 2008. “When I first started, the snitch was encouraged to be half court jester, half athlete. They came (on the field) with cream pies, bikes and water balloons.”

US Quidditch no longer allows “Snitch antics,” as Fischgrund puts it. Players are also no longer allowed to don capes and are now required to wear mouth guards during games.

One aspect of the sport that has remained constant, however, is its inclusiveness.

“It’s one of the most open communities to people who are different,” said Chewy Shaw, a player on the Bay Area Breakers. “There’s a clear focus on being inclusive of different gender identities.”

No more than four players of the same gender can play on a team at the same time.

For people who may want to try their hand at quidditch, the Silicon Valley Vipers hold Sunday morning practices at Eagle Park for beginners.

“Everyone is welcome,” said Fischgrund. “Beginners can even feel free to come by our Tuesday and Thursday team practices now that we’re in the off-season.”

Check out practice times and more on the team Facebook pages: 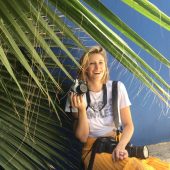