Improv your life: getting on stage at Silicon Valley’s top improv schools

“Don’t worry about my pet martian,” I said. “It’s potty-trained.”

“From the looks of it, you certainly aren’t,” my scene partner responded.

If standing on stage to deliver jokes like this off the cuff sounds like a horrifying experience, then consider improv. Get outside your comfort zone, say whatever comes to mind and meet new friends in the process. You’re guaranteed to make a fool of yourself and remember from the improv TV hit Whose Line Is It Anyway that the points don’t matter!

We’ve narrowed down the three best places in Silicon Valley to sharpen those ad-lib skills. Lesson one: stop saying “no,” start saying “yes, and…”.

Founded in 1986, BATS (formerly known as Bay Area Theatresports) is the oldest and most reputable improv school in the Bay Area. According to their website, BATS “envisions a world where everyone is comfortable in their own skin” and that “life itself is recognized as improvisational.”

BATS is based in San Francisco, but runs improv workshops in Palo Alto throughout the year for the brave and quirky souls of the Peninsula. The school offers classes from introductory to advanced. Classes run six weeks and cost $329 for the entire course.

BATS also hosts a variety of workshops for students who finish the first few levels, including “The Art of Noticing” and “Studio Scene Work.” These workshops help participants to hone in on specific improv skills, such as space-object work and playing with silence on stage.

American Improv Theatre (AIT) was founded in 2015 by industry heavyweight Jeff Ringgold, one of the founding members of ComedySportz in San Jose and a student from iO West (Improv Olympic) in Los Angeles. Ringgold also studied under comedian and actor Del Close, who taught the likes of Bill Murray and Stephen Colbert.

“Most of the improv activity in the Bay Area is in San Francisco,” Ringgold says. “I started AIT with the intention of building a welcoming community in the South Bay for new and experienced improvisers alike.”

The school offers four different levels of improv classes, from beginner classes that help unleash your silly side to more advanced that move beyond slapstick. Each level lasts seven weeks and costs $200 for the entire course.

Not sure about committing to a multi-week course? AIT offers weekly drop-in classes on Thursday evenings from 7:30 to 9:30 for only $15.

The least formal of the three, South Bay Improv is a Meetup group comprised of people of different skill levels who gather every Wednesday night at the Mountain View Community Center.

“South Bay Improv was created just to have fun and meet others who enjoy a good laugh,” says current group leader, Mark Reynard. “We all support each other every time we’re on stage. That is why I love this group.”

The night starts off with fun warm-up games that get your clever juices flowing and culminates with the opportunity to jump on stage. But fear not. With South Bay Improv, you won’t be forced to perform if you’re not comfortable.

Each night is led by a volunteer and donations of $5 are encouraged. After the improv ends, there’s usually a social outing to a nearby taqueria or pho restaurant. 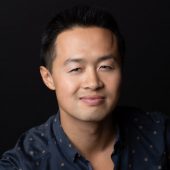 10 ways to celebrate the Lunar New Year around the Peninsula