Pegi Young hints at the return of one of rock & roll’s greatest festivals and explains why the Bridge School isn’t about to call it quits.

The Boss was a big get. A year off of his monster Born in The U.S.A. tour, a 15-month steamroll around the globe in support of the album and its seven hit singles, Bruce Springsteen was in the mood to do something different. That’s what Pegi Young was hoping, anyway, in the summer of 1986 when she suggested inviting him to play at an acoustic benefit concert she and husband Neil Young were organizing to raise money for a school to aid special needs kids.

“Knowing Neil as I did — and Bruce had just come off that huge tour and had hit really big — I thought, ‘Well, Neil typically would do one thing and then go to an extreme and do something else musically.’ So I thought maybe Bruce would want to do this all-acoustic format that Neil had come up with.”

Springsteen said yes. So did Crosby, Stills and Nash, Tom Petty and the Heartbreakers, Don Henley, Nils Lofgren and Robin Williams. Annual festivals were in their infancy — Farm Aid and Live Aid had just started the year before — and that many stars on one stage got attention. The novelty of an acoustic format in the days before MTV Unplugged got notice too.

Sixty thousand people entered the lottery to see the show; 20,000 got in. Video clips from the Oct. 13, 1986 concert at Shoreline Amphitheatre reveal palpable joy among the performers as they gathered onstage together to sing “Teach Your Children Well” in a hair-raising finale of the best guitarists and vocalists in rock and roll.

Oddly enough, this jubilant one-of-a-kind event had been born out of frustration.

A 30-year rock show, until it stopped.

Years earlier, Pegi and Neil’s son, Ben, had been born with severe cerebral palsy, which limited both his speech and motor functions. As he grew older, the family searched in vain for a school that focused on education and care for children, like their son, who faced particular kinds of physical and developmental challenges. It was from this frustrated search, that much of the idea for the Bridge School was born: a trailblazing institution of specialized learning and development specifically tailored towards children with severe disabilities.

Yet it was apparent early on to everyone involved that the school would be costly to operate on a year-to-year basis, requiring a sizable qualified staff and a wide array of expensive equipment. For the Youngs, the benefit concert became the logical avenue for that key funding, even if it required a steady longterm approach.

So they began holding the concert annually in 1988, and in 1990 it went to two days. During the last weekend of every October, they delivered on a huge, musically relevant event, which drew immense crowds — and crucial funding — for decades. Acts ranged from Sonic Youth to Elton John, Metallica to Diana Krall. It kept on going like that through 2016, Year 30. And then it stopped.

In June, right when planning for the 2017 concert should have been underway, Pegi Young and Neil Young posted separate letters announcing that the Bridge School Benefit Concert would not take place in 2017. Both expressed their full support for the Bridge School. Neil’s letter said he would not be hosting the concert anymore. Pegi’s said they were proceeding “onward with optimism into the future.” Even still, questions remained about the school’s future.

The Youngs divorced in 2014 after 36 years of marriage. But Pegi Young, who lives with their son Ben (now a successful egg farmer) at the family ranch in La Honda, says everyone knew the concerts wouldn’t go on forever. She also says they might be back. And she makes it very clear that this is anything but the end for the school itself.

A private institution like the Bridge School, located since 1995 on the campus of North Hillsborough Elementary on the Peninsula, can run year-to-year on donations or tuition, with some in reserve if it’s lucky. Or, it can run on the interest from an endowment. The latter is far more predictable — if you can raise it. While the typical annual budget for the Bridge School is about $2 million, an endowment would need to be far bigger to spin off that much each year.

“I’ve always said we needed $40 million for that,” says Executive Director Vicki Casella. “Neil Young says we need $50 million. So we’re trying to raise between $40 and $50 million. That would ensure the school in perpetuity.”

Elaborating on the school’s future beyond her initial letter in June, Pegi Young spoke to The Six Fifty about the challenges and logistics that lie ahead. “The need for raising an endowment has been pretty front and center for quite some time,” Young says. “We’d been discussing this idea that we knew the concert could not go on forever, because we are mere mortals. So there have been discussions, clearly, but I’m not sure that any of us were certain that the 30th anniversary would be the last year.”

Running the Bridge School has never been cheap. Teaching children whose gross motor functions, including speech, are severely impaired requires intensive one-on-one work by specialists, a range of costly equipment from support walkers to voice output technology, and plenty of staff. “These are children who are never expected to be able to use natural speech as their primary means of communication or be able to walk without assistance,” says Casella. “Our goal is they become active participants in whatever community they’re in.”

The Bridge School now accepts children as young as age 3, the better to reach them while their communication skills are developing, and goes through fifth grade. Then a transition team takes over, ideally reintegrating the child into a mainstream classroom. The “Bridge School model” has had some startling successes.

“We’ve had three women — all severely physically disabled, none of them can use speech as the primary means of communication — but two graduated from UC Berkeley and one from SF State, with no accommodations in terms of curriculum,” says Casella. “They competed at the university level.”

Though the school itself is small — 20 staff serving at most 14 students — it’s impact is felt beyond its walls: it produces a biannual conference on assistive technologies, hosts educators from developing countries for a year at a time and then sends teams to those countries to give workshops to local teachers.

“The core of our mission has always been this notion of dissemination,” says Young. “We knew from the outset that we would only be able to enroll so many kids, but we wanted to impact children globally.”

A family reunion for musicians, students and alumni.

Each October for the last three decades the small school goes into overdrive. Students prepare interview questions for the musicians and make personalized decorations for their dressing rooms. Parents organized a raffle, alums flock back from afar.

“It was like a family reunion, almost,” says Casella. “There was a lot of excitement. We’ll miss that.”

Playing the concerts appears to have affected many of the musicians, as well. As the artists have grown older, and had children of their own, interactions with Bridge School students have resonated in a new way. Eddie Vedder of Pearl Jam — a frequent benefit concert participant — has seen his own kids make lasting friendships with Bridge School students they met at the annual event.

It’s the end of an era for us in terms of that kind of support. It’s not the end of the Bridge School. — Vicki Casella

“I read somewhere that Eddie was doing a show, in Chicago I think it was, and he met a young man in the audience who had CP and he brought him up onstage. And I read that and I just thought, ‘That’s what it’s all about.’”

The Bridge School has enough in reserves to operate without a benefit concert for several years, according to Casella. But she and Young are entertaining all options.

“I’m still not sure the 30th anniversary was the last year,” Young says. “I know that we’re taking this year off. It’s a chance to look at how to do things differently going forward. Because the fundraising needs of the school have not changed.”

Numerous options are now on the table: they’ve had successful galas, and smaller concerts might be in the offing. “We’re open to anything, I should say, right now,” Casella says.

For more on the concert, check out our photo gallery from longtime Bridge School photographer Erika Carrillo, showcasing some of the best performances and unscripted moments from the past 15 years. 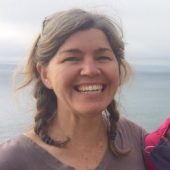 An eight-car garage and an indoor ice hockey rink: A look inside Silicon Valley’s luxury homes