“There’s nothing warmer and friendlier in terms of a product than a loaf of good bread.” As a baker, Tian Mayimin might be a bit biased in her assertion, but it’s still pretty hard to disagree.

Maybe that’s why Mayimin’s pop-up appearances — temporary showcases for her baked goods at varying locations — typically sell out in timely fashion. Or maybe it’s just because her black sesame bread is unique and delicious.

But Mayimin is not alone in her approach. John Shelsta is another baker whose Peninsula pop-up appearances spark long lines and creative hashtags, tapping into the FOMO (fear of missing out) factor for in-the-know locals who are savvy to his delicious — though limited — pastries.

With this in mind, both Mayimin and Shelsta have tapped into the upstart appeal of the pop-strategy, which has enabled bakers and chefs on the rise to develop their craft and reach customers, even though they don’t have a permanent spot of their own.

Though they have very different backgrounds, Mayimin and Shelsta were both moved to bake by a desire to share with people and build a community through their delicious goodies. After all, the phrase “breaking bread” is known for more than just a literal connotation.

From Lawyer to Little Sky

A friend’s mom had gifted it to her — a bread starter with a history, passed down through a long and winding journey that spanned a century. Armed with this prize, Mayimin began baking more and more bread at home, especially after several different family members traveled to visit her in the Bay Area, where she had recently relocated. Everyone seemed to love her bread, and so her husband suggested she start baking as a business.

Mayimin’s professional background is not a conventional one for a baker. She actually started out as a lawyer in Washington, D.C., and then, after spending five years working in Shanghai, moved to California when her husband found a job by the Bay.

Shortly after arriving, Mayimin got a cottage food license to try her hand at the business of baking. To get things rolling, she distributed fifty postcards offering neighborhood deliveries of her bread. She got one order and thought, “WOW! One out of fifty. Not Bad!” So she printed out 800 more, posted those around her neighborhood and Little Sky Bakery was born.

Since then, she also began selling bread at the farmers markets in Palo Alto and Portola Valley, where her country bread is a local favorite. Because the Palo Alto farmer’s market is seasonal for her neighborhood delivery service, she has also been offering her bread through Saturday morning pop-ups at Cafe Zoe, a community oriented cafe in Menlo Park, where her bread regularly sells out.

As a baker, Mayimin is largely self-taught by way of study, practice and resourcefulness, which meant starting a bread book collection (Tartine Bread by Chad Robertson and The Book of Bread by Judith Jones are two of her favorites), watching a lot of instructional YouTube videos and joining Bread Bakers Guild of America. The Guild’s email list proved particularly useful: “It’s such a wonderful resource,” she says. “Everyday bakers around the country are sending questions to each other and…responding with very detailed, really helpful responses. . . It’s amazing!”

Her grandmother also provided inspiration. Mayimin moved to the U.S. after growing up in northwest China where cuisine is very wheat-based (in contrast to the more rice-based southern region) and features a lot of steamed bread, pan breads and noodles. When her grandmother came to spend last summer with them, Mayimin got to experience this regional approach once again, which instilled a new appreciation while also sparking fresh ideas.

Ultimately though, Mayimin asserts that making good bread requires really getting to know the critical details of handling dough and how it will behave in different scenarios. “The more you do it, the more you…start having hyper awareness for specific things.” She says that ultimately, this allows you to hone in on what makes a difference and let go of what is going to be detrimental to the quality of the final product.

Her very simple, yet very flavorful country bread is a great example of this. “There are some things that are not new at all that are just really wonderful,” she says speaking of her country bread, which has a hearty texture and nice little bit of perky tang to the taste.

Other notable offerings include raisin walnut bread, (which she originally created for her mom), chocolate-cherry-pecan bread (which combines chocolate, sweet and tart cherries and toasted pecans) and a decadently doughy challah-brioche hybrid (laced with orange juice and olive oil in the dough and dotted with golden raisins).

Mayimin also creates options for those on the lookout for new or uncommon flavor combinations. Saffron-turmeric bread, pistachio challah and a sourdough with swirls of a chili sauce (based on a family recipe) “If you spend most of your time thinking about this…you’ll come up with new stuff because you’re just really into it,” she says.

John Shelsta doesn’t have the expensive equipment many pastry shops use to make scalable batches of baked goodies. So Shelsta just works all the dough for his pastries and croissants by hand. Of course, that is just one subset of the labor required for the treats he likes to offer, which means that there is also a lot of cooking, baking, cleaning and transport that factors into his business, as well. “I typically just don’t sleep a lot.”

Biting into one of John Shelsta’s croissant pastries is a sensory experience. The flaky pastry shatters oh-so-delicately as you bite into. Simultaneously, there’s the perfect amount caramelization on the outer layers, countered by a denser, doughier chew as you reach the center. This precision and balance in texture is no happy accident. As fleeting as the moment of that bite might be, it is the result of many, many hours of careful work and practice.

“I love doing it, so I’ll work my eight- to ten-hour shift and I’ll stay at the restaurant for another six to eight hours, and I’ll do some prep,” he says of the time he puts in to prep for one of his pop-ups. He will do this for days straight.

Like Tian, Shelsta saw a market gap he wanted to fill. He loved to eat pastries–particularly croissants–but didn’t want to have to go so far to get them. So he started baking on his days off and eventually began doing pop-ups. He’s now been doing them for almost four years, most often at Zola Restaurant (where friend Guillaume Bienaime is the chef and owner). The pop-ups join his goals nicely as he’s able “to offer a product that people wouldn’t have to go drive to San Francisco to find.”

A culinary school dropout, Shelsta opted to train on the job while working in restaurants. He ultimately gravitated to the “precision and handwork” of pastry. Once he decided to make the switch, he had the chance to work with some pretty notable pastry chefs — William Werner of Tell Tale Preserve Company (which closed but resurrected as Craftsman and Wolves), as well as Greg Mindell of Neighbor Bakehouse and Belinda Leong of b. Patisserie during their own pop-up phases. He credits them all as great inspirations.

Beyond his on-the-job training, John has spent countless hours perfecting his craft. His recipes evolved as the product of constant, almost scientific experimentation, developed over many years. He’d begin by researching and comparing many different recipes for a particular item, and then working on different aspects, adjusting and re-adjusting quantities a half ounce — even a gram — at a time until he’d have it just where he wanted it. Even then, the work still provides plenty of challenges: “I’ve made my croissants hundreds of thousands of times, and still one day something will be off, and I’ll struggle with it, but I love the challenge . . . you have to adapt… you have to work with them.”

In this sense, it’s not surprising that Shelsta’s pastries are a masterful balance of textures. The toasty crust of his classic French canelé encloses a wonderfully custardy center. His chocolate chip cookies (among his favorites) are generous in size with light sugar crystallization around the edges and big chunks of chocolate (and occasionally toffee) adorned with flaky salt.

You will also find some pretty creative and interesting options alongside John’s more traditional offerings. Within the classic forms, he finds plenty of room to experiment, particularly when seasonal or specialty items come his way. For one of his pop-ups, he made foie gras and duck sausage poptarts. (“It looked exactly like a poptart you bought in the store!”)

The lines for these baked goods and pastries at his pop-ups can be over an hour long. Nevertheless, John is always amazed at the positivity and cheerfulness of the people in line. He notes, “It’s still kind of surreal, but I just feel so blessed and so thankful to have people who appreciate what I do.”

Many of his customers have been coming to the pop-ups since the beginning and have become friends. Having grown up in Menlo Park, the community aspect of what he does is particularly important to him, “I do this to try and service the community I grew up in and to try and create the things that make me happy and share with people.”

Both John Shelsta and Tian Mayimin are currently on the lookout for permanent locations, but it’s pretty clear that when they find spaces, focusing on creating community-minded establishments will be central to both of them. “I think it’s fundamentally important to create a place where people feel comfortable and warm and welcome,” says John.

In the meantime, you can find more information on where Tian will be selling her bread, as well as get information on deliveries, on her website. John is currently transitioning out of a full-time restaurant position, largely to focus on his own ventures and is planning on doing more regular pop-ups. He’s hoping to do his next one on April 28th — follow him on Instagram @loveforbutter to stay up to date.

Also by the Six Fifty:

The unlikely rise of Saltwater Bakery

Our search for snow — the dessert — in Silicon Valley 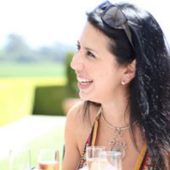 Nicole Ruiz Hudson is a food and drink writer and educator currently living in Oakland, California. She is at her happiest when nibbling, sipping, and hiking her way through new places. Above all, she loves how wine makes friends.

Winter holiday feasts: 21 Peninsula eateries where you can celebrate the season