Day trip through the locations of the hit HBO show and follow the trail of the Monterey Five.

There’s no shortage of colorful ways to characterize HBO’s hit show Big Little Lies: It’s compelling, it’s devious, it features an A-list cast. But perhaps first and foremost, it all plays out in a gorgeous setting. Yes, Big Little Lies is a series — like The Sopranos or The Wire — which makes use of the story’s location as a character as much as a setting. In this sense, Monterey Bay factors into the series at every turn: Big Sur’s majestic coastline, Pacific Grove’s opulence, Carmel’s….opulence.

If you’re a fan of the show (or just looking for an excuse to go on a day trip) a tour of the show’s many Monterey Bay locations is just a short (very scenic) ride south. So we researched the back episodes, made the rounds and compared the screenshots to give you this handy guide for an engaging excursion to the most notable filming locations of Big Little Lies.

Take a look and enjoy the coast…..

There’s no better place to get started than the aquarium. And yes, we LOVE that Jane Chapman (Shailene Woodley) is working there in Season 2.

Already world famous before the show, the Monterey Bay Aquarium is a world-class destination. They have an amazing range of exhibits and feature a huge variety of marine life that they rehabilitate before returning back to the ocean. The aquarium directly connects to Monterey Bay and has a large outdoor viewing area for special performances, as well as some epic views of the Northern California coastline.

Hit the aquarium as your first stop on the day trip as it tends to get busier throughout the day. You should stop in to the Rocky Shore touch area where Jane works with Corey Brockfield (Douglas Smith) to teach kids about taking care of the environment. Or, even better, go to the Open Sea exhibit where Jane and Corey had their dramatic kiss in the Season 2 finale.

After the Aquarium, head to perhaps the most famous of Big Little Lies’ local haunts— Paluca Trattoria. As you may have guessed, it was the inspiration for the girls’ favorite Season 1 hangout, Blue Blues Cafe, where Madeline Mackenzie (Reese Witherspoon) and Celeste Wright (Nicole Kidman) first get to know Jane and later frequent throughout season one.

And just to be clear—most of these scenes were not filmed on location here, but were instead created on a sound stage in Los Angeles made to look exactly like the cafe (using green screen to bring in the bay and Fisherman’s Wharf behind them). The producer of the show said that dealing with the unpredictable fog was too much of an obstacle. Look closely and you’ll notice enough slight differences in the restaurant that you can tell it is not an exact match.

Paluca Trattoria is a perfect lunch spot for your Big Little Lies day trip, where you can unwind and chit-chat à la Jane, Celeste and Madeline over delicious pasta and super fresh calamari (a Paluca specialty). Even though it’s a touristy location, the people-watching from here definitely taps into the Big Little Lies vibe.

There is a free tram that runs frequently between the Aquarium, downtown Monterey, Cannery Row and the Wharf, which works as a great alternative to struggling for viable parking (especially on busier days).

From the wharf, it is a 10 minute drive (or 30 minute walk) to Del Monte Beach. If you walk, you will be traveling along the Monterey Bay Coastal Trail, where Jane goes for her picturesque runs.

Del Monte is where Jane and her son learn to surf. (And as a general rule, whenever you see anyone in the show walking or running on a flat sandy beach, it is most likely Del Monte Beach.) Also, Del Monte Beach is the site of Celeste’s new apartment that she moves into (during Season 1’s “Burning Love” episode) in an attempt to get herself and the boys away from Perry. The location is part of a larger complex but the show depicts her particular condo as being located on the end overlooking the wide, sandy beach.

This beach is very close to the wharf so we recommend parking at the Aquarium, taking the trolley to the wharf then walking to the beach. Catch a trolley back from the wharf and head down the road five minutes to Lovers Point Park.

Next on the must-see list is Lovers Point in Pacific Grove, not far from the Aquarium, along the Monterey Coastal Trail. This is where the show constructed its faux coffee shop, Blissful Drip. It is also where Madeline and Mary Louise Wright (Meryl Streep) have their first run-in, with Mary Louise saying to Madeline, “You’re very short. I don’t mean that in a negative way… Maybe I do… I find little people to be untrustworthy,” starting off the epic rivalry that entertains everyone throughout Season 2.

Lover’s Point has been a popular film destination for this show for other scenes as well. Jane takes her son on a picnic to the small beach by Lovers Point and the bickering boys of Big Little Lies, Ed Mackenzie (Adam Scott) and Madeline’s ex husband, Nathan Carlson (James Tupper) have one of their hilarious run-ins there (Nathan says to Ed, “Why do you have to be such a fuck?” to which Ed replies, “Well, I don’t have to be. I choose to be.”).

Additionally, Ocean View Blvd., the street running parallel with Lovers Point is where Madeline almost gets into a car crash and then “rolls an ankle” in the show’s premier episode.

Another of Big Little Lies’ coveted cafe spots is modeled after the Hog’s Breath Inn. It is the inspiration for Side Door Cafe, where characters are constantly running into each other with varying levels of drama: Madeline and Renata Klein’s (Laura Dern) having a shouting match in Season 1, or Nathan calling Ed a “snide fuck” in the opening episode of Season 2. (Another local inspiration for the Side Door Cafe was Restaurant 1833, which has since closed.)

The Hog’s Breath Inn is a classic Carmel eatery buzzing at most any hour of the day and fairly packed on weekends. It is well worth a visit for a late afternoon cocktail…and as long as you’re there you might as well get a quick order of crab cakes….and maybe a steamed artichoke, too.

Other Places to Check Out

While most of the show’s location filming takes place in Monterey and Pacific Grove, the two most notable outliers are more towards Big Sur: Bixby Bridge and Garraparda State Park.

Bixby Bridge is a famous northern California landmark that is featured in the series intro as well as popping up in other driving scenes throughout the show (not to mention countless car commercials you’ve seen throughout your life).

The bridge is an iconic sight of the California coastline, but be aware that it is a 40 minute drive from Monterey (one way) so if you are looking to keep the day compact, save the bridge for a separate Big Sur trip. However, if you have the time, it is certainly worth the ride.

If the scene involves the beach and waves crashing on sharp rocks, then it is probably Garrapata State Park. This was the location of the last scene in the Season 1 finale where the Monterey Five are first seen together as a group. This particular beach is about a 35-minute drive from Lovers Point Park, in Carmel-by-the-Sea. So if you have extra time on your trip to take a Big Sur detour toward the Bixby Bridge make sure to stop here first! The landscape is stunning and worthy of a long walk, just don’t plan on swimming.

Happy Girl Cafe was one of the cast’s favorite food spots while filming. Featuring vegan and gluten-free options, this happy hippie kitchen is a great little find if you want a snack or drink during the day. The cast loves to come in and get quick, healthy bites as well as stock up on the homemade spreads, jams and gluten-free breads. The place has a great vibe, making it easy to understand why the women on the cast gravitated toward this local eatery.

Pebble Beach Golf Course is where Reese Witherspoon and Laura Dern hit the links. It is one of the premiere golf courses in the country and not a place that you just breeze into for a few rounds. So save up and plan ahead.

Another option is to make dinner reservations for The Bench at Pebble Beach, a great restaurant that overlooks the gorgeous golf course along the coastline. They even have outdoor fire pits where you can feel like Celeste and Jane delving into their personal lives (and big little lies).

Monterey Lanes is a fun bowling spot that the women of the show have been known to visit. Reese Witherspoon shared that bowling was one of the only things Meryl Streep was not good at.

Finally, the Portola Hotel and Spa is where the cast often stays during filming. So if you are looking to go all out on your day trip and make it an overnighter… rooms start at $239 a night, but you will be living the celebrity lifestyle! 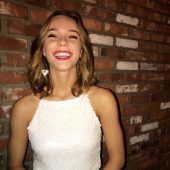 A growing tradition: At Christmastime, Peninsulans flock to the Santa Cruz Mountains to cut down their own trees