When it comes to movies, summertime has become the season of superhero sequels and big budget A-list indulgence. Explosions, franchises, multimillion-dollar reboots… it can be a long way from cinema that challenges assumptions and presents fresh perspectives. Thankfully, the Stanford Global Studies Film Festival offers a contrast to Hollywood’s seasonal habit with eclectic cinema from around the world that engages as much as it entertains.

“I think we can do what the AMC in San Francisco can’t,” said Zack Al-Witri, associate director of the Abbasi Program in Islamic Studies at Stanford University. “There is something nice about the film festival format where there’s a talk about the movie by people who may have been involved or who can speak to it in a knowledgeable way.”

The 11th year of the Stanford Global Studies (SGS) Film Festival will showcase a line-up that includes movies from Argentina, Japan, Croatia, Iran, Israel, France, Sweden and eSwatini. The free screenings will be held on 10 Wednesday nights through the months of June, July, August and September. Each screening will be followed by a Q&A discussion led by a Stanford faculty or staff member — or in one case the film’s director.

“A lot of the participants are from all over the world, and they often share their own stories,” said Kendra Gladych, communications manager for Stanford’s Global Studies Division, which organizes the festival. “It really just becomes a conversation.”

Created by Marie-Pierre Ulloa and Kim Rapp in 2008, the festival brings a wide cross section of global viewpoints not typically prevalent in mainstream media.

“These kinds of films help us contextualize what we see in the news,” Al-Witri said, “because they are personal stories.”

Al-Witri selected “In Between” for the first film of the year’s festival on a recommendation of a Stanford graduate student. The film explores the lives of three young Israeli-Palestinian women sharing an apartment in Tel Aviv.

“We want to present a different kind of story about the region,” Al-Witri said, “about Islam, about Muslims, and I think — I hope — this one does all of those things.”

Meredith Miller Vostrejs — program manager of the WSD HANDA Center for Human Rights & International Justice — echoed these sentiments, with an eye towards the global scope of the films being featured: “The SGS film festival allows us to travel vicariously to experience — and appreciate — families, cultures and experiences different than our own.”

The Stanford Global Studies Film Festival offers screenings most Wednesdays at 6:30 p.m., from June 13 to September 12. Admission is free and open to the community. Screenings will be held on the Stanford campus in the Geology Corner, Building 320, Room 105. Here’s a map.

Check the full schedule here and read below for info on each film.

In Between (Bar Bahar)

Three Israeli-Palestinian women live together in an apartment in Tel Aviv, navigating between freedom and the restrictions of their country and families.

The film has won more than a dozen awards including Best Debut Feature Film for Director Maysaloun Hamoud at the 2016 Haifa International Film Festival.

Directed by Maysaloun Hamoud (Israel/France, 2016). Sponsored by the Abbasi Program in Islamic Studies.

Maryam, a 30-year-old woman in Tehran, moves in with her grandmother after losing her job and apartment.

“Ice Cream” is a “delightful film that breaks many stereotypes about the role of women in Iran,” said Roma Parhad in an email. She is the program manager of Stanford’s Hamid and Christina Moghadam Program in Iranian Studies, which selected the film.

Directed by Saba Riazi (Iran, 2017). Sponsored by the Hamid and Christina Moghadam Program in Iranian Studies.

Five orphaned children in eSwatini tell a story that comes to life in animation about a girl who embarks on a quest to rescue her twin brothers.

This film is a great match for this year’s festival theme, “Friends & Family: Tales from Near and Far,” according to Meredith Miller Vostrejs, who will be conducting the Q&A discussion. “Through storytelling and animation, this film gives voice to these children’s lived realities and imaginations.”

Directed by Aaron Kopp and Amanda Kopp (eSwatini, 2017). Sponsored by the WSD Handa Center for Human Rights and International Justice.

Workaholic businessman Ryota learns his biological son was switched at birth with another boy.

“I believe the movie is very captivating,” said Natalia Konstantinovskaia, of the Center for East Asian Studies (who will be conducting the Q&A discussion for the screening). “It raises the frequently discussed question of what is more important, nature or nurture, in child-rearing. In the movie, we see both perspectives and outcomes.”

Directed by Hirokazu Kore-eda (Japan, 2013). Sponsored by the Center for East Asian Studies.

A Swedish father’s reaction to an avalanche in the French Alps threatens to split his family apart.

Although the film is set in the winter, the main musical theme is from Antonio Vivaldi’s Summer Concerto.

Directed by Ruben Östlund (Sweden, 2014). Sponsored by The Europe Center.

Young Jorgelina travels with her father to the Argentinian countryside and meets Mario, an intersex jockey being raised as a boy.

“‘The Last Summer Of La Boyita’ is a small film that’s well worth watching,” Tim Isaac wrote in Big Gay Picture Show. “The ambiguity of gender is a subject that rarely gets treated well on film.”

Directed by Julia Solomonoff, (Argentina, 2009). Sponsored by the Center for Latin American Studies.

High school teacher Abbas and his two children leave the Central African Republic for France, but their application for political asylum is denied.

Mahamat Saleh Haroun is the first Chadian director to enter, as well as win, an award in the main Cannes Film Festival competition for his 2010 feature film “A Screaming Man.” He has gone on to serve on multiple Cannes juries.

Directed by Mahamat Saleh Haroun (France, 2017). Sponsored by the Center for African Studies.

Quit Staring at My Plate (Ne gledaj mi u pijat)

24-year-old Marijana’s controlling father has a stroke, so she takes over his role as the head of the family.

The film is another festival winner, garnering awards around the world for Director Hana Jušić and Lead Actress Mia Petricevic.

Directed by Hana Jušić, (Croatia/Denmark, 2016). Sponsored by the Center for Russian, East European and Eurasian Studies.

The Secret of the Grain (La graine et le mulet)

A Franco-Arab shipyard worker converts a dilapidated boat into a restaurant.

Marie-Pierre Ulloa, who will be conducting the Q&A discussion, co-founded the Stanford Global Studies Film Festival with Kim Rapp in 2008. That same year Ulloa helped bring “The Secret of the Grain” to the United States for the first time. She has been involved with film and art festivals for the past 20 years.

Directed by Abdellatif Kechiche, (France, 2007). Sponsored by the France-Stanford Center.

Two brothers return home to Conoor, India, to discover their family in emotional and financial turmoil.

Six actors turned down the role of Rahul Kapoor, a gay character, before Fawad Khan signed on. Nirmalya Dutta of Daily News and Analysis describes Khan’s portrayal as “a big leap forward for India’s LGBT movement.”

Directed by Shakun Batra, (India, 2016). Sponsored by the Center for South Asia.

Related articles from The Six Fifty:

[email protected]: Stanford explores the futurism of a centuries-old novel 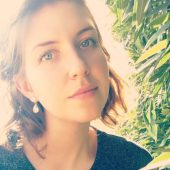