The story of Taqueria La Bamba: How Silicon Valley evicted (then regained) its best burrito

Current owner Leo Munoz tells the story behind the rise, fall, and food truck resurgence of his family’s iconic business

If you grew up in pre-Google Mountain View, there are a handful of classic institutions you’ll remember: Clarke’s, Keystone, Tied House, Skateworks, Harry’s Hofbrau.

But above all of the longtime spots that locals would frequent back then, I’d argue the most important — both culturally and culinarily — was La Bamba. Originally located on Old Middlefield Road near the Highway 101 entrance, tucked next to a tiny parking lot and some auto body shops, La Bamba was Mountain View’s favorite food destination, where customers went for not only the best-tasting burritos, tacos and pupusas, but for the feeling of home.

I remember my dad — a Mexican immigrant — going weekly to visit the yellow, colorfully decorated restaurant as if it were his Sunday sermon, and burritos were some sort of holy worship. Without fail, he would order a chicken burrito with chips and salsa, rarely veering into other restaurants, even if they served similar food next door (which La Costeña did). It was always La Bamba in our house. There was a magic to the family-owned joint in those days — the way the staff interacted with you; how the owners were also immigrants, from El Salvador, and how their children attended school with us; how the meals tasted like some perfect memory of a former country many of our parents reminisced about; and of course, their affordable prices. Maybe it felt so perfect to us because it started from a humble man’s dream.

When Oscar Munoz first arrived to the Bay Area in the ’80s, he lived in San Francisco’s Mission District. After hustling to attend community college and pursuing his chances in early tech work — something that would be virtually impossible for a working- or middle-class immigrant in 2021 — Munoz moved to Mountain View and realized that the flavors and vibrancy of the Mission were missing in what was a younger, but ever-evolving Silicon Valley. So, he worked hard, saved up his money, invested in property and decided to become a restaurant owner instead of pursuing a tech career. He officially opened La Bamba in 1988, becoming one of the first taquerias in the city.

“I think we sold about $50 worth of food in that first week,” jokes Leo, the oldest Munoz son and current owner of the family business. But the Munoz clan stuck with it, and over the next few years, La Bamba evolved into a powerhouse in the Mountain View food scene — long before most food bloggers and Yelpers were able to Google search: “best burritos.”

These were different times, when word of mouth and knowing the right person could lead you to a mouth-filling selection of Salvadoran and Mexican food near an easily overlooked intersection on Mountain View’s edge. Every day, faithful La Bamba loyalists would make their regular pilgrimage, waiting for food even when a serpent of other customers flowed beyond the doors. I remember playing arcade games while I waited for my dad to place an order before we either dined in with some horchata or drove a few freeway exits home if it was too crowded.

The taqueria quickly became the epitome of a foodie destination throughout the ’90s and ’00s, regularly featured on outlets like CBS and KQED as one of the best places to eat in the South Bay. In those days, going to La Bamba must’ve been what it felt like in pre-gentrified Harlem when you walked into a speakeasy, and everyone knew everyone, gathering in joyous union to partake in a shared experience of flavors — before the outside gaze arrived and an unwelcome wave of new money pushed out the hardworking people who had built this cathedral.

Sadly, that’s exactly what happened. In 2013, after over two decades of successful operation — including an expansion into downtown Mountain View for five years before being priced out there, too — La Bamba was officially evicted from their original location. Despite having legally secured a permit for the foreseeable future, a housing development agency came in, paid the highest price for the lot and the landlord told the Munoz family they had to leave. As compensation, all that was offered for their emergency relocation was a small amount of funding, which, Leo said, was nothing in comparison to what it would take to relaunch the business.

“You have to do the math when talking about things like this,” Leo explained. “The profit margins for restaurants are already one of the worst in any business. So, imagine having to suddenly come up with around $200,000 to pay for a new building, all the decor, ingredients for food, the workers, permits and everything else. We definitely got kicked out without any say and it wasn’t easy.”

With no choice, the Munozes decided to invest in another location on Rengstorff Avenue, and ran both La Bambas at once for a period, something Leo said was out of sheer necessity and drained the family’s budget. As he told me this, I recalled the last time I drove past the original location with my dad, only a few weeks ago, and how I knew that the average newcomer would just see what must look like a nice, newly furnished, modern apartment building for residents to enjoy. But for me, and for many of us who grew up here, these are the sorts of painful and unforgettable architectures of displacement that remind us how much home has changed for us, and why it can be hard to accept the tech boom when families are continually being forced out of their homes and businesses without any agency.

La Bamba was never the same after that. Though the restaurant stayed open for nearly another decade in the new location, it lacked some of the flare and layered nostalgia that was deeply ingrained in the original. As rent and labor costs soared in the area, it was hard for the restaurant to keep up with their old ways. Revenue continued to drop, and once COVID hit, it was clear that the family couldn’t keep the restaurant afloat much longer. After a tough decision, they decide to finally close La Bamba’s historic doors in 2020.

That’s when Leo decided he would remix the family’s longstanding food legacy in the community by launching his own food truck, Paper Platez. Using select recipes from his parents’ famous taqueria, as well as incorporating new fare like seafood, barbeque and sandwiches, Leo has taken the spirit of his family’s former kitchen and simply put it on four wheels.

“It’s a moving restaurant, bro,” he excitedly told me. “And we don’t only serve Salvadoran food. I wanted it to be more diverse, so we can switch up the menus and specialize in other areas now. We also installed a sound system into the truck, because we want it to be an experience and feature local artists and musicians who also represent our style.”

Leo knows that there aren’t many old-school, locally owned food proprietors left from the Mountain View we grew up in, so he is proud to still be feeding his city after all these years. When I asked him which spots are still open from the time when we were kids, he struggled to name more than a handful. That makes him a part of a rare class of food sellers who were born and raised here, and who have experienced the city’s transformation first hand. Throughout it all, Leo and his family have had to navigate the increasing costs of rent while supporting one another in other ways, adjusting to unexpected property shuffles and surviving a rapidly changing Silicon Valley.

He admits, however, that the tech bubble hasn’t been all bad for his business. Leo smartly pivoted away from the brick-and-mortar model into a mobile version that offers catering services at the right moment. Nowadays, most of his profits come from serving food to companies that pay him and his crew to feed their employees — something he is happy to do, since they are the ones who have indirectly put him on wheels.

“Even though the whole history of La Bamba has been a non-stop cycle of gentrification and being priced out until we became a food truck, I actually think we’ve learned how to adapt and just operate differently in modern times,” Leo said. “We have less space to work with, but we can roll up to any workplace and just feed people on the spot. It’s not like it used to be when the lines went around the corner, but we’re making it work.”

Still, it hurts to know that the hard efforts of Leo’s parents, siblings and Leo himself are inevitably dictated by the whims of outside factors, including incoming companies and their wide-eyed employees. But the Munozes are far from being the only ones who have felt this region’s devastation. Plenty of spots have had to shut down or relocate. I’m not saying things should never change — I’m saying that when they do inevitably change, we need to do a better job (especially in an area with such exorbitant wealth and resources) to support those who have laid the groundwork.

Indeed, there is tremendous work to be done in order for the local economy and food industry to recuperate. This city must play a part in protecting iconic institutions like La Bamba instead of allowing them to get bullied out of their locations. Instead, it has largely been left up to the independent business owners to take matters into their own hands, many of whom have launched their own GoFundMe pages to survive the aggressive spike in regional costs.

As facetious as it may sound, reversing this all could start with one burrito, and by actively supporting places like Paper Platez, which — although it may seem new and shiny on the outside — has essentially been around longer than most millennials have been alive.

The story of La Bamba reminds us that we should strive to cherish whatever remaining fabrics are left for those who’ve helped to keep the local flavors and culture of Mountain View — and so many communities like it — alive. So, the next time you’re hungry, pull up to Paper Platez — currently located in front of O’ Malley’s Pub on 2135 Old Middlefield Way — and tell Leo you came to get a taste of the real Mountain View. 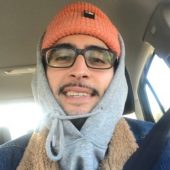 I'm a San Francisco Bay Area local but also have been finalizing my paperwork as a Mexican dual-citizen, so am jumping between both countries while I continue to write, edit, teach, and grow. In 2018, I graduated with my MFA in Creative Writing from the University of San Francisco where I was a Lawrence Ferlinghetti Poetry Fellow, which is awarded to a writer “whose work embodies a concern for social justice and freedom of expression.”

Must-visit vintners of the 650: Your guide to the Peninsula’s wineries

How to celebrate Fourth of July’s return to the Peninsula

How the Zoppé family built a Redwood City circus legacy

The sweet-scented legacy of Ah Sam: 88 years of fame, family and flowers

Live it up this Labor Day: 20 local events for the long holiday weekend on the Peninsula

Missing the playa this year? Get your Black Rock fix with “Burning Man: The Musical”